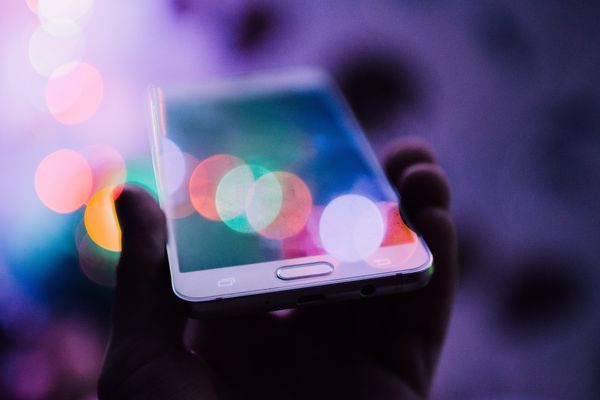 With its volume of data traffic and numbers of digital users (more than 800 million), China is truly a macro-region of the web world, complete with internal rules differentiating it from other countries. Consider, especially, that by means of the Great Firewall — (a sort of online shield) — access to certain specific sites is blocked. Without Facebook, Instagram and WhatsApp, more than 800 million Chinese users who regularly access social media are accustomed to interacting with well-developed local platforms that allow for direct online payments. What’s different is the users’ behaviour: people in China use social media to search for information, and not just to keep in touch with their existing online connections. The Chinese are in fact used to verify from multiple sources and on different social networks the information they are interested in. Especially if their research is aimed at buying a product or service. For this reason social media are a fundamental tool for marketing activities of companies that want to sell in China. Let’s now look in detail at the main platforms on which a correct communication strategy should be planned.

With 75% of the queries, Baidu is the main search engine beyond the Great Wall, followed by the emerging Shenma (which can only be accessed via mobile), Haosou and Sogou.

Like Google, Baidu also is not just a simple search engine, but a real ecosystem, with a whole host of related platforms. The main ones are Baidu Baike, a sort of integrated Wikipedia, and Baidu Tieba, rather similar to Google+. The companies that want to be found by Chinese users must therefore invest in this platform and optimise their site according to the Baidu SEO rules, quite different from those of Google. Also on Baidu it is possible to set up Pay per Click and Dispay Adv campaigns. Entering the Baidu Display network is among the most profitable activities: it brings great exposure to the brand thanks to the 600,000 sites that are part of the system. The impressions that derive far exceed those that would be obtained using only Baidu for the Adv. Moreover, thanks to the advanced target system, using this system you are sure to reach the audience that best suits your brand. Baidu ADV is instead the Pay per Click mode of Baidu.

For a truly effective campaign, it is necessary that:

The main social media in China is WeChat, owned by the IT giant Tencent, which today can be considered an “all in one” App. Born as a messaging platform (like WhatsApp), it has gradually increased its popularity thanks to advanced and innovative functions: users can make reservations (taxi, restaurants and flights), transfer money to other contacts, finalize online purchases or make payments offline thanks to the Qr code. In this connection it is interesting to highlight how the payment function WeChatPay is increasingly used. The more recent innovations include the introduction of so-called mini programs, applications that can be used while directly staying on WeChat. Among the most popular are Mobike, for bike sharing, video-streaming services or to listen to music, but also “mini games”. Among the advantages that WeChat offers companies there is the possibility to open an “official account” with which to establish a one-to-one communication thanks to real newsletters.

Second to WeChat by diffusion, Weibo is another social network very famous in China. A mix of Facebook, Instagram and Twitter, Sina Weibo is the social platform most used by celebrities, companies and organizations wishing to establish direct communication with end users. Compared to Twitter, Sina Weibo offers more potentials: it is possible to create micro-blogs, polls and simultaneously share multiple photos, videos and files. Weibo is the platform most used by Chinese to search for information in real time. Considered a “must” for all companies that want to operate in China, Weibo also offers a series of useful tools for marketing analysis.

However, the social network of 2019 is Douyin, known in the West as TikTok. Launched in 2016, it has already reached 500 million users and it is very popular among Millenials. This social network allows people to publish, personalize and share short videos. Companies can create their own Official Page and use it to reach the youngest target.

With its 70 million monthly active users, Little Red Book is not as known as the most popular social networks, but it is another trend of the year. 8 out of 10 Little Red Book’s users are women and more than 85% Millennial. Similar to Pinterest and Instagram, Chinese users use it to share reviews on products and locations. It is a certainly interesting tool for fashion and food & beverage companies, as the App offers direct link to Taobao and Tmall marketplaces.

To conclude, it is good to keep in mind that Chinese consumers put more trust in the information they can get on the internet than in the traditional communication channels in the West: television and print media. A feature, the latter, that has led to a wide dissemination and use of Qr code, or particular codes usually printed in newspapers, magazines and billboards that allow you to directly access an online page to get more information, if photographed with a smartphone. There are several apps for their reading, but Chinese users prefer the native WeChat, App with which they do virtually everything.

Digital channels are essential for companies that target Chinese customers. This is also what emerges from the studies of McKinsey & Company: during the purchase phase, Chinese consumers find 3 of the 5 main points of contact with companies in the digital world: website, social networks and influencers. A correct communication strategy must necessarily pass through these channels.

EVERY DAY ITALIAN CUISINE AT THE CIIE 2019

PRESENTATION OF THE ITALIAN NATIONAL PAVILION

WEIBO UPDATE: MADE IN ITALY QUALITY