“The Pillar is the most important element of architecture”, said Leon Battista Alberti, the father of architecture, in the first half of the fifteenth century. The whole history of civilization has seen pillars of every shape grow, because it represents a symbol of strength, but also of elegance. With a temporal leap forward, we arrive at the historical turning point in the journey of humanity, the transition between the dark and the superstition of the Middle Ages and the modern era, between the old and the new: the Renaissance.

Man, as an individual, becomes the protagonist of his life and his future. “Homo faber fortunae sue”, the phrase-symbol of Humanist thought that summarizes the desire of man of those times to close with the past and to build a future of beauty and knowledge. In Italy the arts are experiencing their moment of greatest development. Merchants get rich and many become patrons of great artists by commissioning works of universal value: from portraits of Bronzino, to figures set by Raphael, to perspective studies by Piero della Francesca. In just over 100 years, the greatest masterpieces of all time are created in Italy.

In this period of irreversible change of human thought and civilization, Leonardo da Vinci was born: Painter, Engineer, Inventor, Dreamer, in a word: The Genius. A modern man who breaks the patterns of his time with his desire to explore every aspect of nature, science and life.

This is our past. This is our genetic heritage of art and culture. Perhaps the genius, combined with creativity, belong to us because we are the children of Leonardo da Vinci … but also of Galileo, Volta, Marconi, Meucci, Fermi … and of thousands of other artists and scientists who have made Italy the place where, ever since, products appreciated all over the world are studied and made, such as the Vespa, the Fiat 500, the cult objects of Castiglioni, Giò Ponti, Munari.

And then the myths of speed: Ferrari, Lamborghini, Maserati, Bugatti. Great engines but “dressed” by big signs like Bertone, Pininfarina, Zagato. In the two wheels the Mito of the Ducati, driven by an engine almost unique in the world, but also most beautiful because it was designed under the pencil of the great Taglioni.
Power with Elegance: an Italian axiom.

Finally, fashion. The concept of fashion, now as we know, was officially born in Florence in 1951 with the first show in the white room of Palazzo Pitti. Since then Italian high fashion has brought style, elegance, sensational brands to the world, but also great quality in both industrial and artisan production.

The video projected on the internal surface of the “Colosseum” consists of three principal sections:

in harmony with the theme declared by the official motto of Italian participation in CIIE 2019. 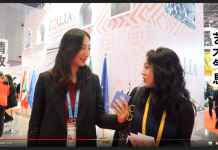 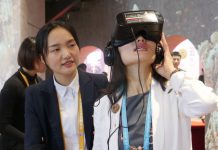 PRESENTATION OF CIIE 2020: A MAJOR FOCUS ON THE HEALTH SECTOR

THE ITALIAN JEWELRY PAVILION AT THE CIIE 2020