In May 2017, Chinese President Xi Jinping announced at the Belt and Road Forum for International Cooperation that China will hold the China International Import Expo (CIIE) from 2018.

This year, the China International Import Expo (CIIE) is at its second edition and will be held in Shanghai between November 5 and 10. Moreover, the Italian pavilion will host the excellences of the Made In Italy, also from November 13 to 20.

With the world’s largest population, China is the second largest economy, as well as the second largest importer and consumer in the world. Now China has entered a new development stage at which consumption keeps increasing, indicating enormous potential for the growth of consumption and import. In the next five years, China is expecting to import products and services valuing more than 10 trillion U.S. dollars, which provides a historic opportunity for enterprises across the world to enter the huge Chinese market. 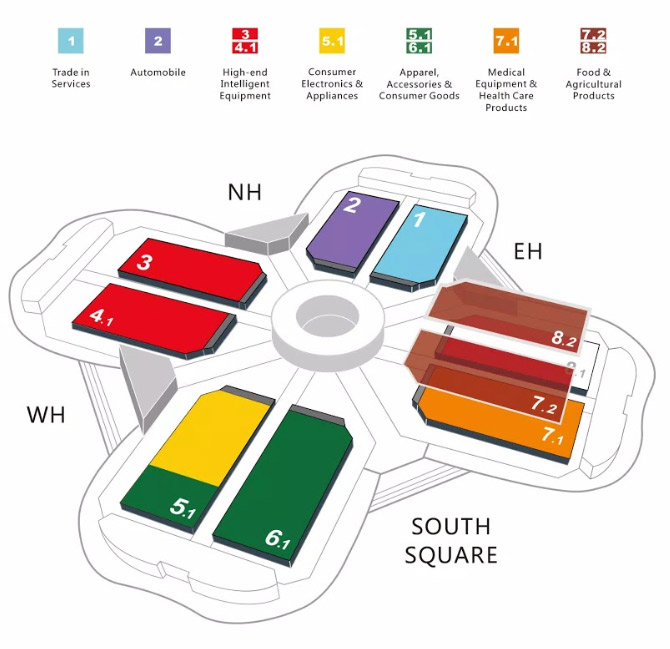 The China International Import Expo is hold at the National and Convention Center (Shanghai), the world’s largest single block building and exhibition complex with a total construction area of nearly 1.5 millioni m². Facilities at Nation and Convention Center (NECC) include include exhibition halls, the commercial plaza, office buildings and a hotel. These four facilities are linked together by an 8-meter-high elevated Exhibition Boulevard so that people can easily traverse these functional areas.

Being about 1.5 km away from Hongqiao Transportation Hub, NECC (Shanghai) is linked to Hongqiao Airport and Hongqiao Railway Station by the city’s metro line. Because of the convenient national highway network, the major cities in the Yangtze River Delta region are easily reachable within 2 hours.