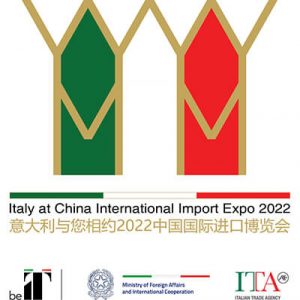 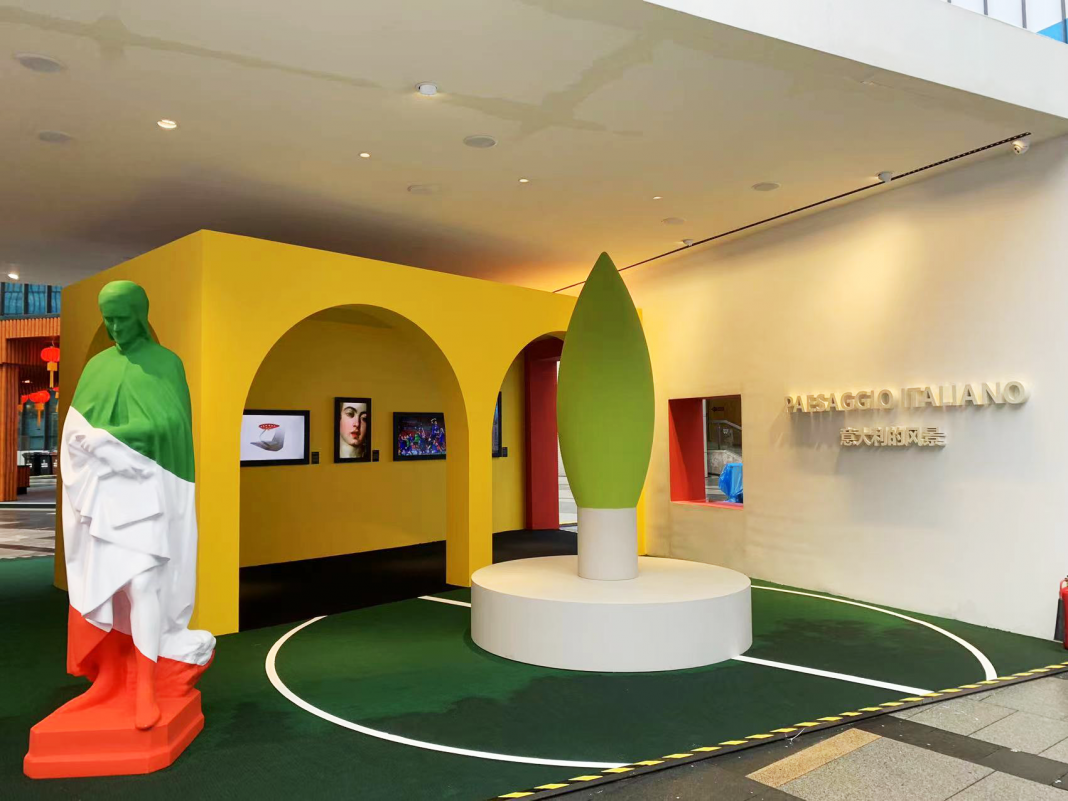 The Italian Trade Agency (ITA) in cooperation with the Cultural Office of the Consulate General of Italy in Shanghai organized an “Italian Day” event in the “Italian Landscape” Pavilion at the Central Square of National Exhibition and Convention Center (NECC) at the fourth CIIE.

“Italian Landscape” pavilion covers an area of more than 100 square meters and is dedicated to the promotion of Italian culture. Designed by renowned Italian designer Aldo Cibic, each element of the installation carries multiple layers of meaning although simple in appearance. It fully displays many of the famous cultural and sporting elements of the Penisola italiana in a very conceptual and artistic way.

Mr.Luca Ferrari, Ambassador of Italy to the People’s Republic of China, has visited the cultural heritage pavilion in the first of CIIE and was invited for various interviews including CCTV China. He expressed his greatest commendation that the event of CIIE has created a positive impact on Sino-Italian relations. China is deemed as one of the largest and most valued trading partners of Italy especially after years of development, CIIE plays an essential role in connecting both countries with the world economy. It has increasingly become a platform for international procurement, investment promotion, cultural exchange and business collaboration. While embracing the Chinese market, the excellent Italian exhibitors also make great contributions to Chinese economic development. As China’s business environment continues to improve and its foreign trade constantly evolves, both countries will create more opportunities through opening-up, further optimize bilateral relations, deepen regional cooperation and jointly create a prosperous future. 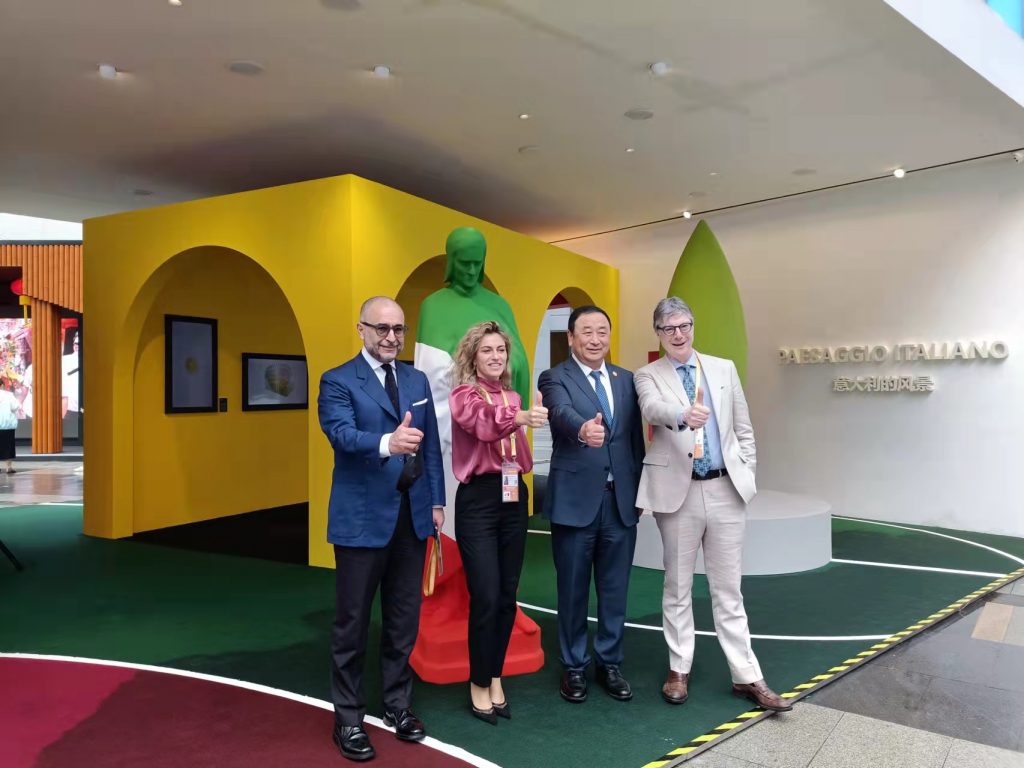 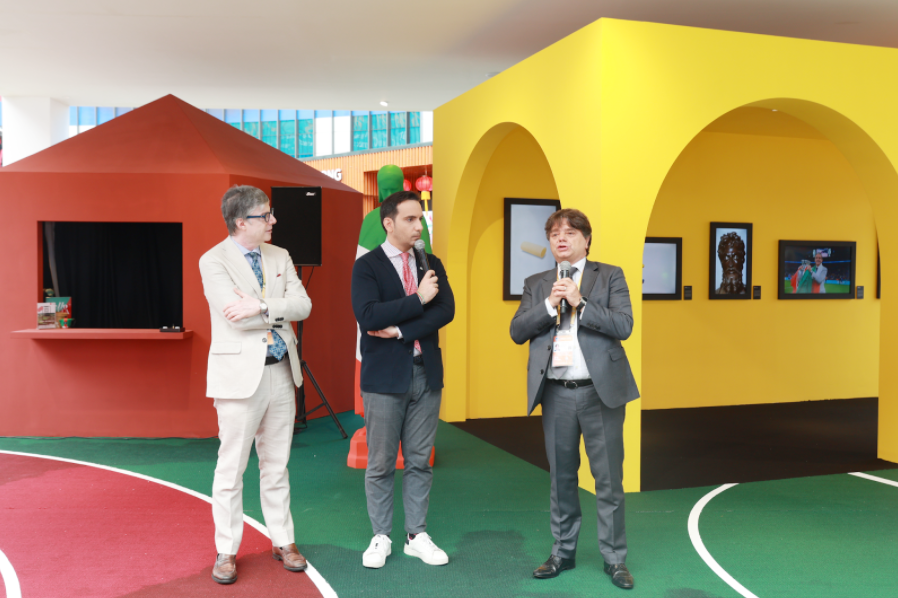 Later, two young Chinese athletes from the first Italian fencing club in China – founded by the Italian athlete Giacomo Fanizza – showed the charm of Italian fencing to the audience, while Ms. Lu Ye,  an internationally renowned Chinese soprano and actress in the world performing, sang a famous Italian classic song “O Sole Mio”. The two performances, representing different fields of Italian culture, were highly praised by the officers, media and audiences. Designed as an open space, the “Italian Landscape” Pavilion was surrounded by enthusiastic cheers and applause consecutively while pushing the event of Italian Day into the climax. 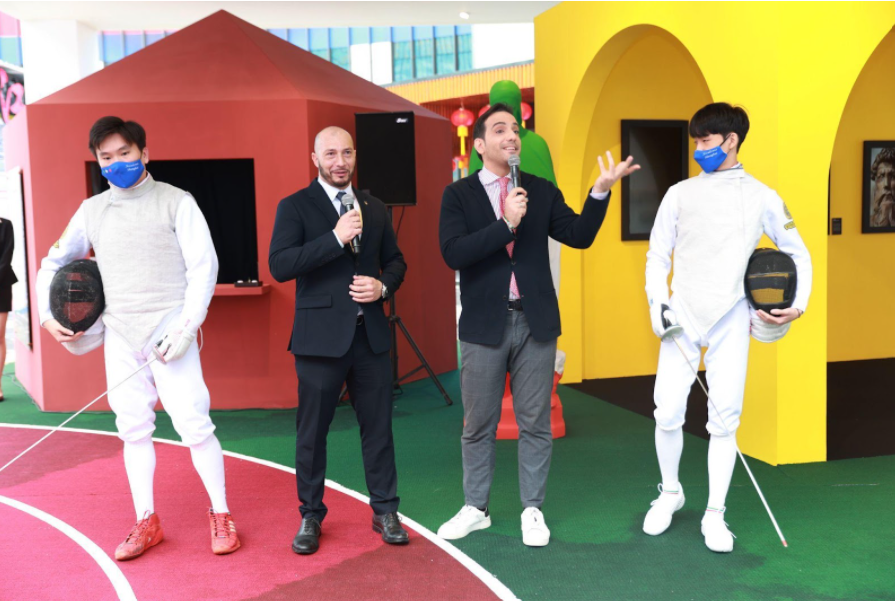 In an interview after the performance, Giacomo Fanizza described how he began fencing at age 8, had to take a 14-year break from professional training because of injuries, and then shifted his focus to teach fencing and lead teams for competitions globally. With a strong passion in Chinese culture, he decided to move to Shanghai 3 years ago and opened the first domestic fencing school in Shanghai: Shanghai Accademia Sports Cultural Development Co. Ltd., during the recovery stage of the pandemic in China. There are now 30 long-term training students after a year of development with students’ age ranging from 40 to the youngest 5. Combining 36 years of fencing training and teaching experience, Mr. Fanizza has developed an innovative approach to fencing education that emphasizes the use of tactics and psychology in competition while improving students’ physical fitness and skills.

Under the guidance of Fanizza, the two young cadets who have performed in the Italian Day also participated in the China Fencing Club League, which represents the highest level of fencing competition in China. In the near future, he also hopes that his professional experience could help to promote the development of fencing in China, so as to lead his students to participate in the toppest international competitions. 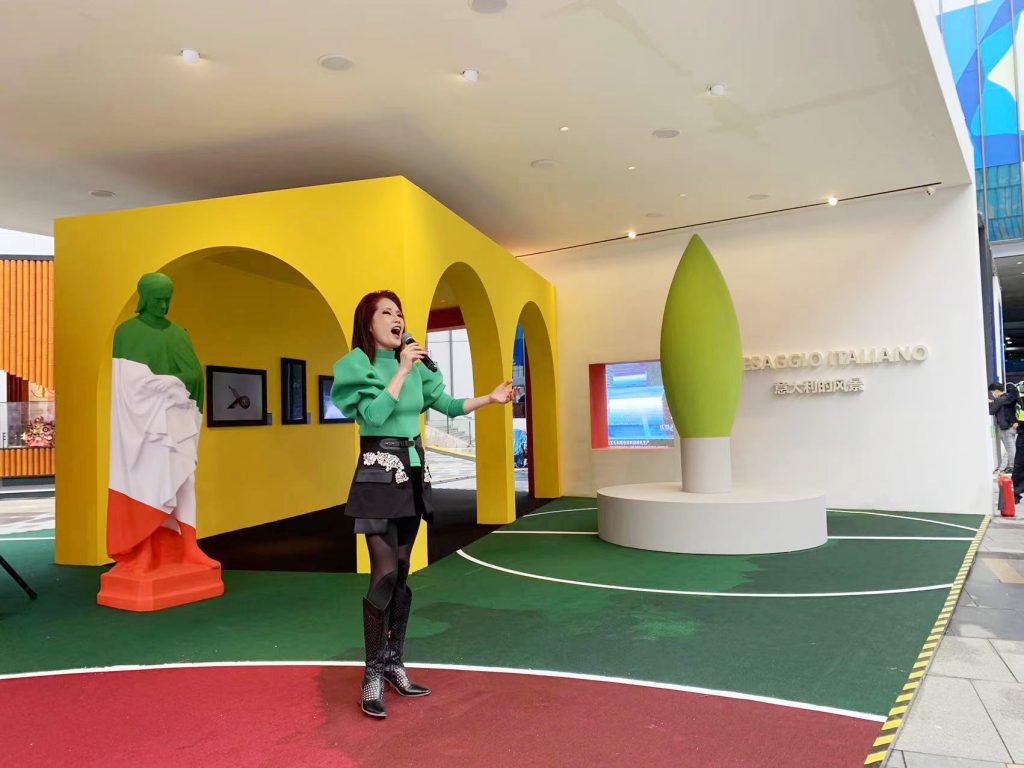 Ms. Lu Ye has lived and studied in Italy and Canada since 1992 when she began her study journey abroad. She is a prestigious Chinese soprano, actress and an “ambassador” for promoting Italian culture around the world. She has made various achievements in music, film and even business, and has won many global awards in Europe and America, such as the 2019 “Callas Award” in New York, the “Lifetime Achievement Award of Italian Opera Art” in 2017, and 2014 Italian “Order of Chivalry in Art”. She has also performed in top theatres and film sets internationally, and was the first Chinese artist to perform in December 2013 for the birthday of Pope Francis in the annual Christmas Concert in Rome in the Basilica of Santa Maria degli Angeli e dei Martiri. During the interview after her performance, Ms. Ye expressed that she often has to travel back and forth between China and Italy. In addition, she has decided to shift her performing development in China along with the pandemic recovery. Ms. Ye has been actively collaborating with various outstanding Chinese artists and has revealed her initiation for an innovative project to fuse traditional Chinese Kunqu Opera with the western Opera Art. 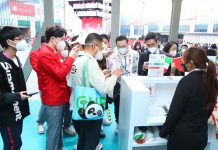 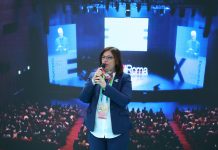 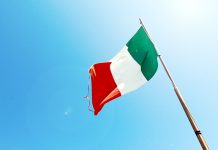 [Video] The interviews with the “Made in Italy” brands

WEIBO UPDATE – The 5th edition of the CIIE ended successfully